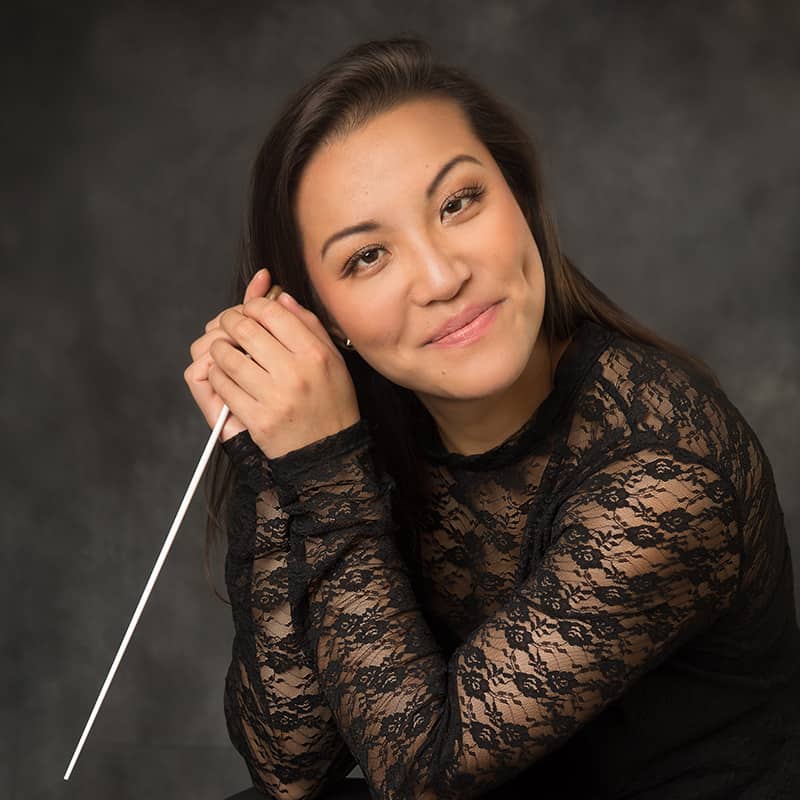 Powerfully compelling, Deanna Tham is known for her captivating and tenacious spirit on and off the podium. She is currently Associate Conductor of the Oregon Symphony and Music Director of the Union Symphony Orchestra.

Tham is a staunch advocate of music education from school education engagement and youth orchestral performing opportunities to lifelong learning. In 2018, Tham and the Jacksonville Symphony Youth Orchestras made their debut at Walt Disney Concert Hall in Los Angeles, California. Previously, she has worked with the Louisville Youth Orchestras and the Boise Philharmonic Youth Orchestra. Tham has also created and presented educational concert series in a variety of formats. She has written original school-curriculum-based programs for numerous symphony orchestras and collaborated with organizations including Really Inventive Stuff, the Louisville Ballet Academy, and the International Culinary Arts and Sciences Institute.

Tham is a second-place winner in the Youth Orchestra Conductor division of the American Prize. She was invited as a scholarship participant to the 2015 Conductors Guild Conductor/Composer Training Workshop at the Cabrillo Festival of Contemporary Music working with renowned conductors Marin Alsop and James Ross. Additionally, she was the recipient of the 2015 Wintergreen Summer Music Academy Conductor’s Guild Scholarship where she worked with Master Teacher Victor Yampolsky. In 2013, Tham’s work with the National Music Festival was featured on National Public Radio as well as American Public Media. She has also made appearances at the Cadaques Orchestra International Conducting Competition.

Tham has been the Music Director of the American Chamber Orchestra. Her work with the company includes a groundbreaking semi-staged version of Mendelssohn’s Elijah, and Mozart’s Don Giovanni, staged in English for the South Chicago community. During her time with the company, she worked with many talented musicians, including those who sing with the Lyric Opera of Chicago. She made great strides making the company a strong presence in the Chicago area and has sold recordings of her work with the company on iTunes.