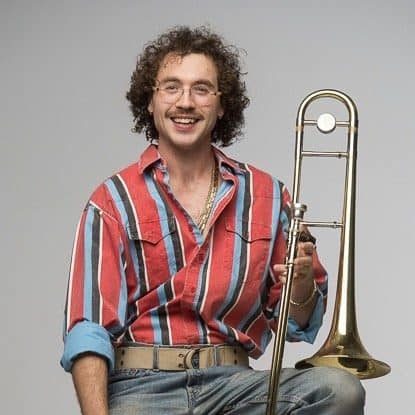 John was born and raised in Portland, OR, and began playing the trombone in sixth grade. He would go on to join the Metropolitan Youth Symphony and the Portland Youth Philharmonic in high school, which led him to attend the University of Oregon to pursue a Bachelor’s Degree in Music Performance. After graduating from UO, John would complete a Master’s degree in Music Performance at the illustrious Shepherd School of Music at Rice University. While at Rice John toured with the orchestra to perform in Carnegie Hall, and would be the first trombonist to win the school concerto competition. In 2018 he graduated from Rice University, and went to win a principal trombone position with both the Portland Opera and Spokane Symphony Orchestra. Along with performing in Portland Opera and Spokane Symphony, John teaches as an adjunct professor of low brass at both Whitworth University and Gonzaga University.