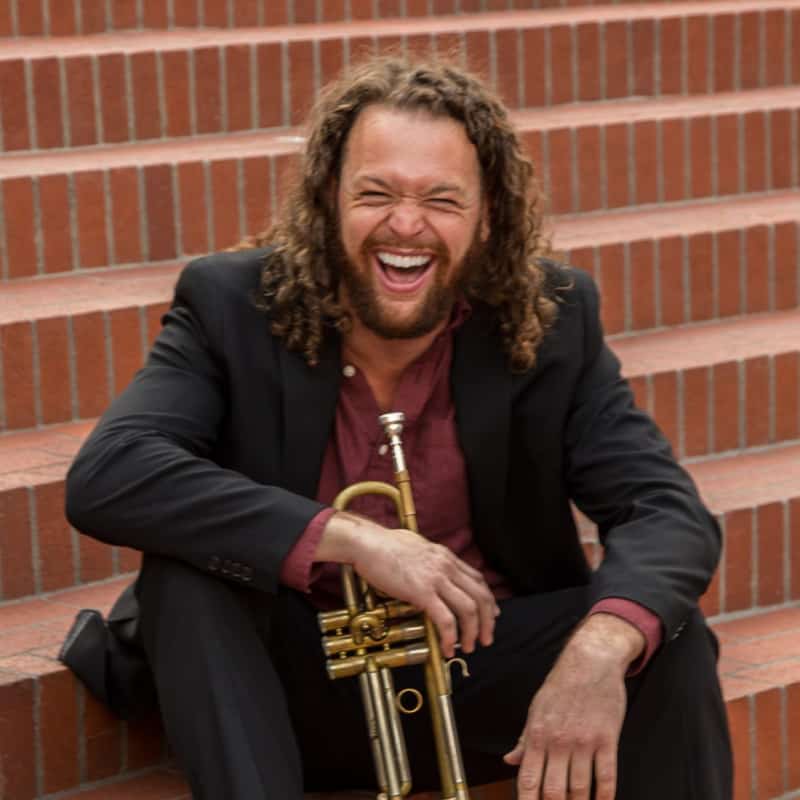 Joseph Klause received his Bachelor’s Degree in Trumpet Performance from the New England Conservatory after graduating from the Pre-College Program at Juilliard. At the Longy School of Music in Cambridge, he continued his studies receiving a Master’s Degree in Dalcroze Eurhythmics and an Artist Diploma in Chamber Music. Upon leaving music school, Joseph put his skills to good use and built an ice cream sandwich business, Peace Pie, which now has six stores in three states up and down the East Coast. Feeling satisfied that he scooped enough ice cream, Joseph moved to Oregon in 2017 to follow his passion for music.

Joseph is a regular performer with the Eugene Symphony, Portland Chamber Orchestra, and Portland Columbia Symphony. He is a member of the Rose City Brass Quintet, Rose City Brass Trio, and Ne Plus Ultra Jazz Orchestra, and also performs with many other local orchestras, musicals, wind ensembles and festivals in and around the PNW. When not playing the trumpet, Joseph enjoys being outdoors, playing with his cats, and working as a software engineer.