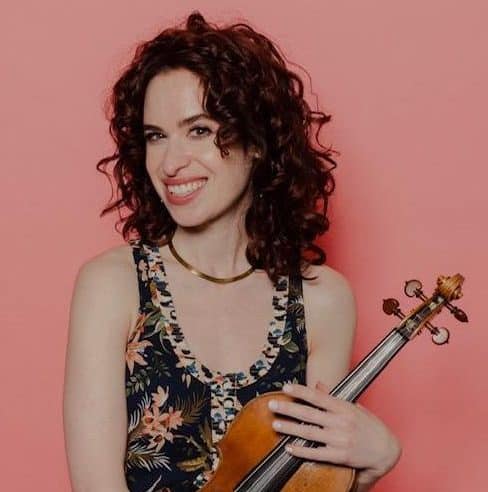 L'Orfeo & The Fall of the House of Usher: Violin

Lucia Atkinson is a Portland-based freelance violinist who enjoys performing everything from chamber music to rock concerts. She is a tenured violinist with the Portland Opera and a frequent performer with the Oregon Symphony, with which she has served two seasons as acting member. She is a founder of the duo Fifth Mirror, and regularly performs with ensembles ranging from jazz to new music to ballet. She has recorded on five Oregon Symphony albums, as well as on records such as Music for Jazz Quintet and Strings with the Barry Deister Quintet, Dick Titterington’s jazz album To Those Who Have Gone Before, and The Decemberists’ album Her Majesty the Decemberists. She has performed several live shows for All Classical KQUAC FM in Portland, and spent many summers playing with various ensembles including the Oregon Bach Festival, the Astoria Music Festival, Summerfest and the Sunriver Musical Festival. In addition to performing with established organizations in town such as the Oregon Ballet Theater, Third Angle New Music and 45thParallel, she also has enjoyed playing with touring groups of all different genres, such as Belle and Sebastian, Dessa, and Weird Al. Lucia holds a Bachelor of Music from Rice University where she studied with Sergiu Luca, and a Master of Music and Artist Diploma from SUNY Purchase, where she studied with Laurie Smukler. She is an instructor of violin on the faculty at Lewis & Clark College.