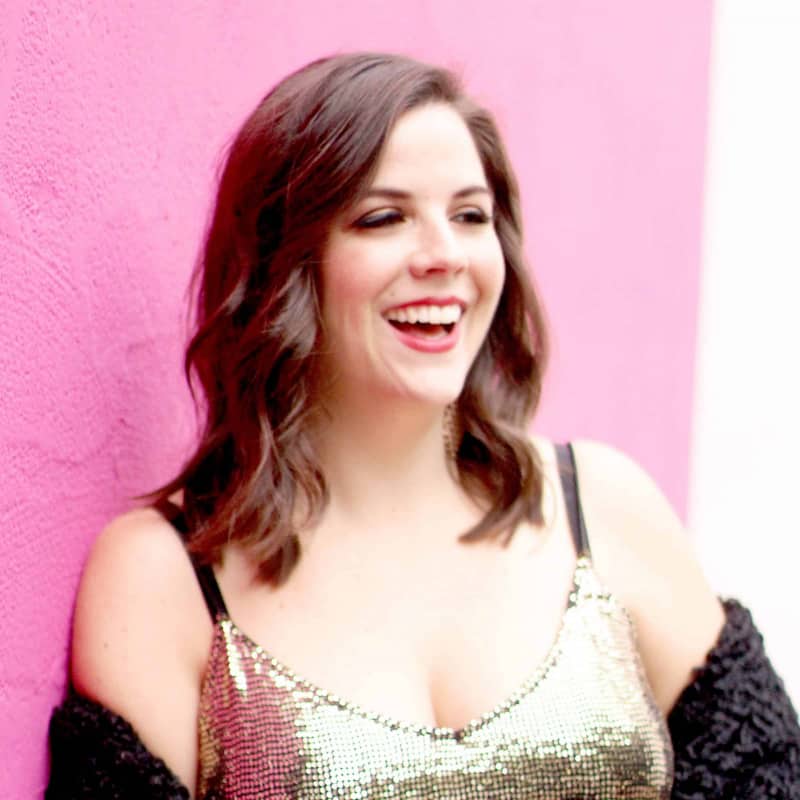 Acclaimed as “bewitching” and having “her own soubrette-ish delivery,” Abigail Krawson is garnering critical and audience praise for her energetic and heartfelt portrayals. In the 2021-22 season Abigail joins the Portland Symphonic Choir as a Staff Singer, sings the soprano solos in Vivaldi’s Gloria and Mozart’s Vespers Solennes de Confessore with Eugene Concert Choir, is the soprano Flower in Blythely Ever After, a rock/opera cabaret with Stephanie Blythe, and is the Communications Director for Renegade Opera in Portland, OR.

In the 2019-20 season, Abigail sang Adele in Die Fledermaus with Amarillo Opera, Suor Genovieffa in Suor Angelica with Opera West, joined both The Phoenix Theatre (Sound of Music) and Arizona Opera (La Bohème) as an ensemble member. Performances canceled due to the Covid pandemic included singing Monica in The Medium with Cactus Chamber Ensemble, and a return engagement to The Taos Opera Institute, as a featured soprano in the Cantos de Taos quartet.

In the 2018-19 season, Abigail took First Prize at the Southwest Vocal Competition, sang with The Arizona Musicfest Chorus, performed the soprano solo in Rutter’s Requiem, and also made her directing debut working with Detour Company Theatre, an inclusive theatre company in Scottsdale, AZ.

Past season highlights include the saucy Musetta in La Bohème, the vocally punishing, but ever charming Zerbinetta in Richard Strauss’ Ariadne auf Naxos, the charming Marzelline in Fidelio, and Adamo’s heart-wrenching Beth in Little Women. And on the concert stage, she has performed the solos in Strauss’ Brentano Lieder and Mozart’s Requiem with the Philharmonic Society of Arlington, as well as the Brahms’ Requiem and Handel’s Messiah.